Police and the Military have arrested Bobi Wine entire campaign team as he traveled from Mbale to Namayingo on Thursday.

The National Unity Platform Presidential candidate Robert Kyagulanyi aka Bobi Wine has been waylaid by police and Military in a swamp on his way from Mbale to Namayingo.

According to reports, Members of his campaign team including security, medical, and the media have been detained.

“Yet again we have been waylaid by the regime police and militarily in a swamp on our way from Mbale to Namayingo and all our new campaign team has been arrested including security, medical and media personnel,” Bobi Wine said in a message on his Facebook. 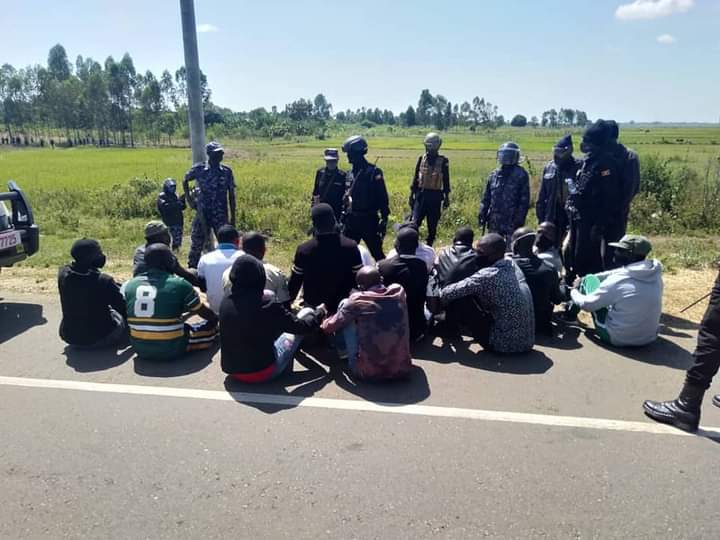 Police have previously accused Bobi Wine of breaching a campaigning ban, ostensibly introduced because of the coronavirus pandemic, but the district he was heading to wasn’t covered by the ban.

Photographs from the scene showed Bobi Wine campaign team members being arrested by the military.

Bobi Wine was wearing a helmet and bulletproof vest, which he has said he uses to prevent injuries whenever police disperse his meetings.