Ugandan Government has relaxed virus restrictions imposed on the art and culture sector during the March 2020 Covid-19 lock down to curb the spread of the deadly Corona-virus.

The Health Ministry has lifted the ban on entertainment concerts, on condition that they’ll be conducted in gazetted open spaces from 7 am-7 pm effective this Saturday on 19th, December 2020

The Ministry of Health also noted that  the sector (concerts & other entertainment activities) will be reopened with “strict observance of SOPs.

According to a letter by Uganda National Cultural Centre (UNCC) Chairperson Board of Trustees Sam Okello Kelo, the concerts are allowed to happen on condition that they will be conducted in gazette open spaces from 7:00AM to 7:00PM with effect from saturday December 2020.

The concert raised dust around political and entertainment circles with many castigating the government for allowing international artistes to hold concerts while local entertainers are not allowed.

These complaints led to the arrest of Omah Lay, Tems, event organisers and the owner of Dungu Resort on charges of a negligent act that could lead to the spread of a dangerous disease however the Charges against the Nigerian artistes were dropped on Tuesday.

In the same letter, Okello acknowledged that government has fulfilled its  pledge to offer financial support to promoters whose events were canceled because of the Covid-19 lock down by giving them UGX 1.2 billion through UNCC who will distribute it among promoters, 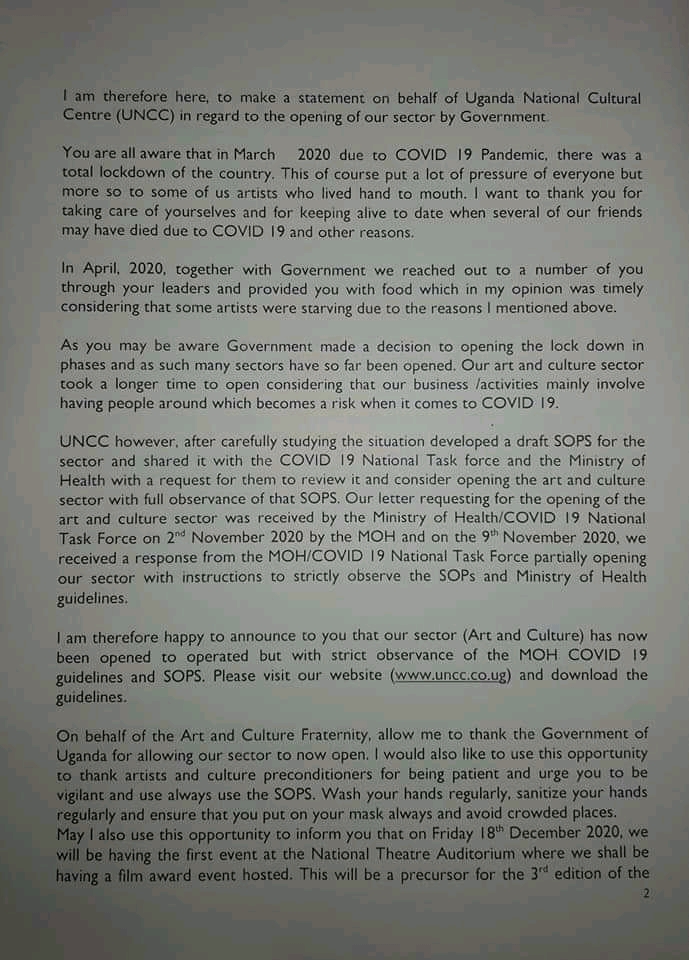 “I can confirm that this was received by the Ministry of Gener, Labour and Social Development – MGLSD and sent to UNCC for issuance to promoters after verification by MGLSD auditors,”  Okello said.

Okello further appealed to the Ugandans  and the world at large  that Covid-19 is real and it kills thus Urging the general public to take all precautionary measures to protect themselves and their loved ones especially during the festive season. 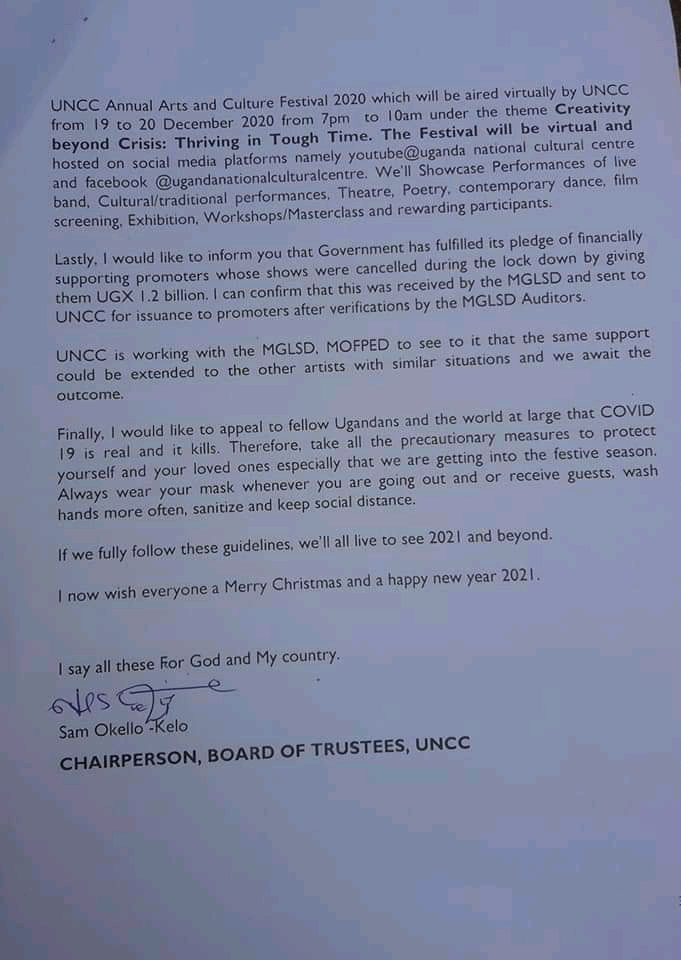