The National Unity Platform (NUP) has released the names of MP flag bearers for Western Uganda that will represent the party in the 2021 general elections.

The MP aspirants were approved on Friday by the Kamwokya based political party’s Executive Board. “Yesterday the Executive Board of the National Unity Platform approved the following candidates for the corresponding positions in Western Uganda. Part II of this list will be released soon,” NUP said in a statement on Saturday.

Last month, the party released names of MP flag bearers for the Central and Eastern regions. 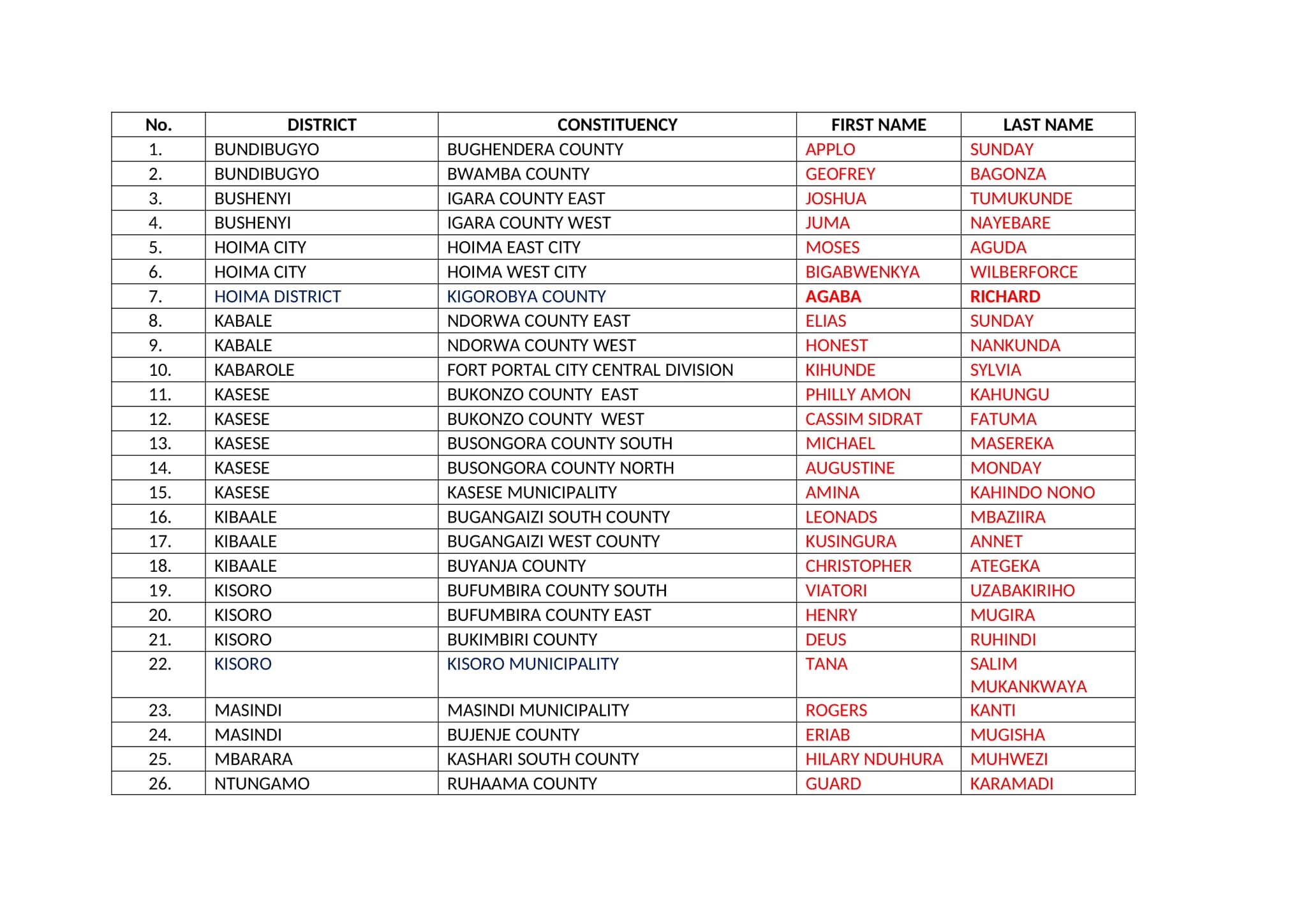 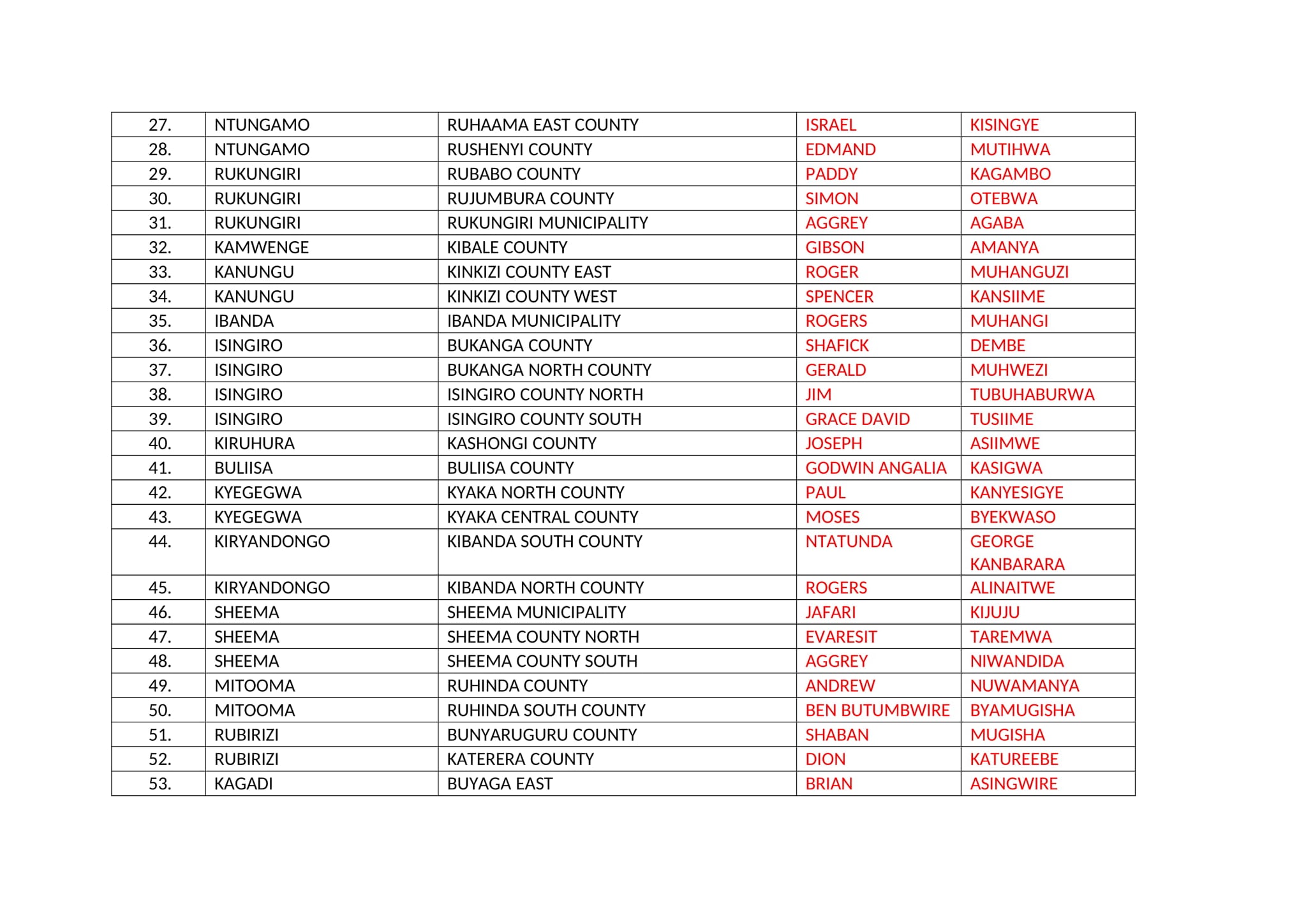 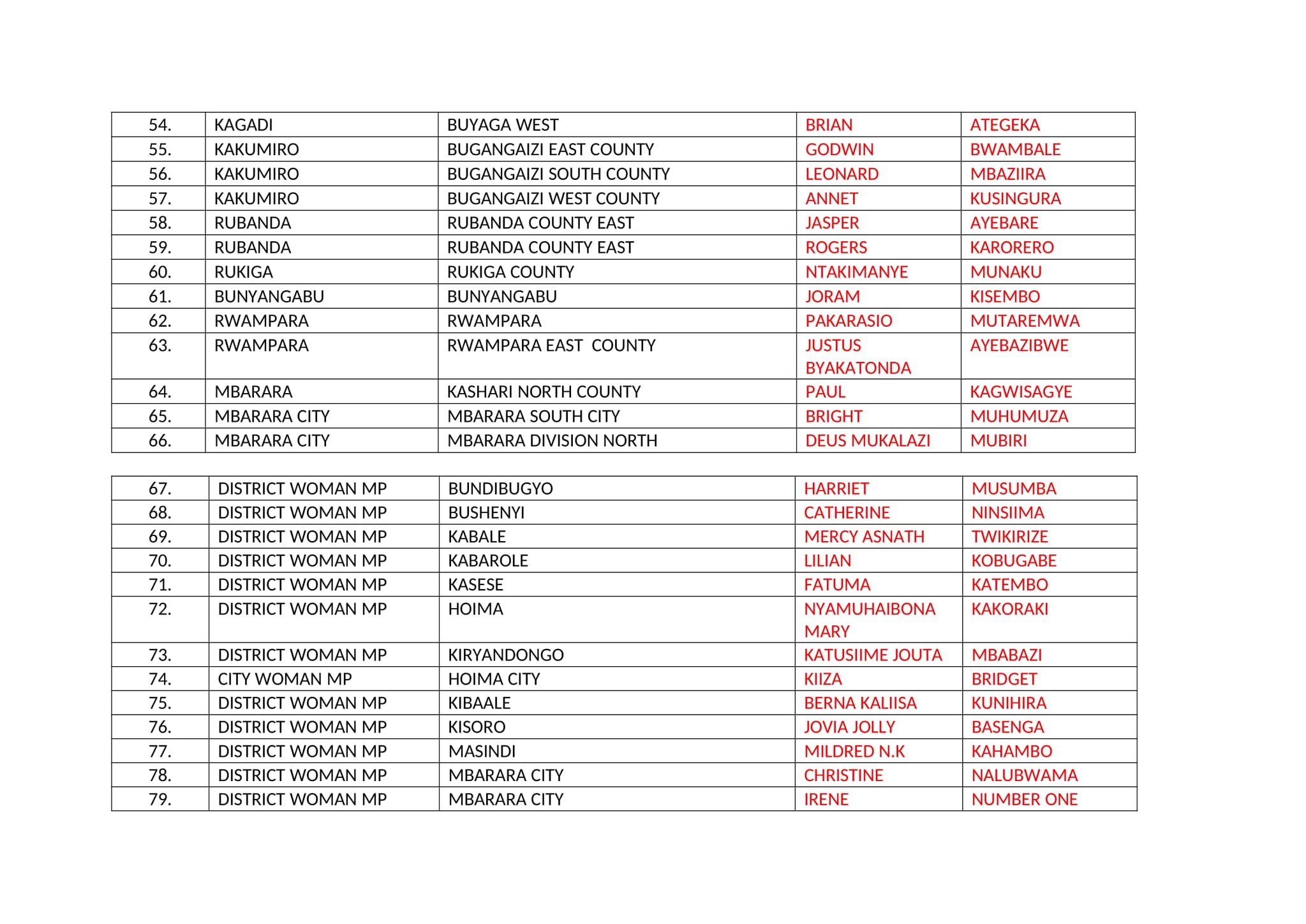 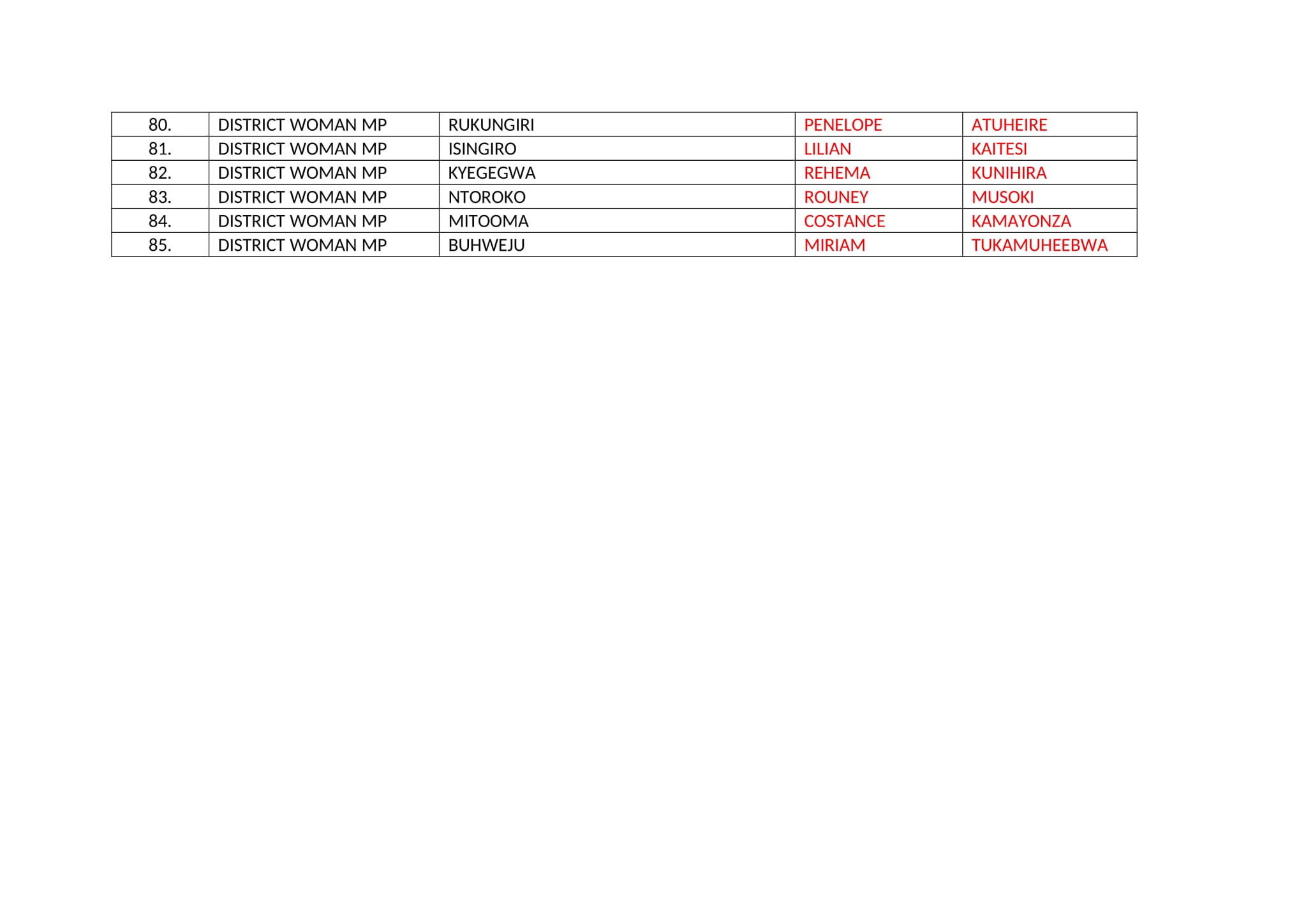