Reports indicate that the raid is in line with military following Govt’s move to designate the red beret as official military clothing.

The National Unity Platform has described as unbelievable actions by the regime amid an escalating crisis that has seen security forces seal off the party offices in Kamwokya and confiscate security cameras, red berets, party symbols (Umbrellas) and other items found inside its offices. 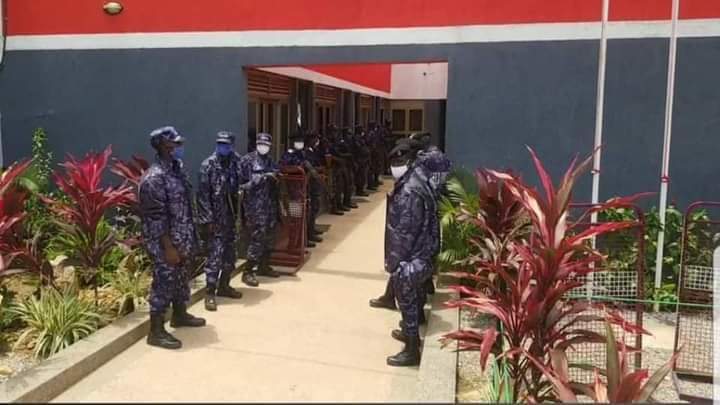 “A few pictures taken at our office today. They are taking documents, branding materials, our CCTV cameras, and other gadgets! What a shameless dictator!!!,” Bobi Wine said.

In the same vein, Party Spokesperson Joel Ssenyonyi has described the situation as interesting regarding to the actions as fearful as he condemned the police.

“It causes them to panic and do despicable things. Uganda’s regime is in fear, it’s scared of Ugandans who are hungry for change, but whatever evil they do only emboldens us. Nothing, and I mean nothing, can stop an idea whose time has come!” Ssenyonyi posted on Facebook.

The military has invaded NUP offices ahead of nominations of Members of Parliament slated for Thursday, October 15.

By the time of the raid, NUP officials were holding a meeting with party coordinators.

Bank Of Uganda Clarifies On Financial Institutions Business In Uganda.